skip to main | skip to sidebar

Argo Out: The Huron River Restored 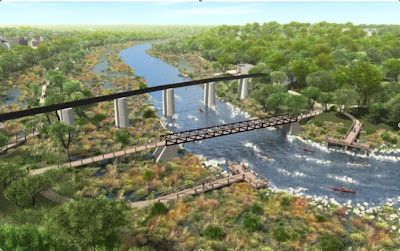 For months, pro-Argo advocates have speculated about what the Argo-stretch of river will look like with the dam removed. While hoards of data and hundreds of nationwide examples exist to demonstrate the results of dam removal, the Huron River Watershed Council now provides a visual portrayal for those without imagination:

In June, a similar rally was held in Ann Arbor on the Huron River. READ ABOUT HERE. Despite invitations, not a single member of the Ann Arbor media or city council showed up to support the kayaking community. In September, Ann Arbor Mayor, John Hieftje, dismissed the possibility of removing Argo Dam--a move that would restore a six-mile section of the Huron River and put Ann Arbor on the map as lower Michigan's premier paddling destination.

The Environment Report: A New Look at Old Dams

Public radio listeners heard/will hear a story on today's Environment Report about the 80,000 dams that exist on waterways in the United States. A portion of the transcript follows:

Ron Corso is with the United States Society on Dams.

“There’s enough sites out there to dramatically increase the amount of hydropower that exists today, and the FERC has more applications in front of it than it has in twenty years.” The FERC is the Federal Energy Regulatory Commission. It's the government agency that oversees dams.

Corso says communities are weighing the economic costs before repairing or retro-fitting an old dam.

And if the dam is small – say under 20 feet tall – Corso says it often is not worth the cost.

The height of Argo Dam: 18 feet

Laura Rubin, Executive Director for the Ann Arbor-based Huron River Watershed Council, recently responded to comments posted by Charley Sullivan to a story about Argo Dam at the Michigan Daily website. Sullivan is Assistant Head Coach for the University of Michigan's men's club rowing program. A summary of their exchange follows:

"it's better for the environment" -- so is no-one using an internal combustion engine, but that ain't happening -- but no-one advocating the removal of Argo Dam can quantify or show just how much better it would be in which specific ways. Even though they've been working on this for nearly a decade, they've done no serious scientific study . . . no data on water temperature on Argo, no data on sedimentation of Argo (in spite of Ms. Rubin making a specific claim in her quote,) no data specific to Argo Pond at all in fact.

The rowers are the ones specifically who told us that the pond was filling in with sediment and that the rowers were having a hard time rowing...finding a clear path up and down the pond. UM coach Greg Hartsuff stated that he thought there had been about 4 feet of deposition in the ponded area over the ~15 years between ~1990 and 2003. That's what impoundments and dams do. Basically they stop the movement of water and sediment. The sediment drops out and accumulates over time. If you want to keep an impoundment clear of weeds and sediment you need to dredge, apply herbicides or pesticides and actively manage it. It is an engineered system.

We do have data specific for Argo Pond. The data is on harmful flow variations caused by the dam and the poor quality fishery as a result of the dam. This can be found on the Huron River Watershed Council's website at www.hrwc.org.

poll by twiigs.com
The month-long poll officially closed on September 27, 2009.

According to the Ann Arbor Chronicle, Mayor John Hieftje told community members that he didn’t think the dam at Argo Pond would be removed, in part because it might be used for hydropower in the future.

How to Sustain a Local Economy
The Ann Arbor Chronicle - Ann Arbor,Michigan,USA
The dam at Gallup has a 50% greater capacity for generating electricity than Argo dam, he said, with about a 35-year payback on investment. ...

HRP's response (included in comments at the A^2 Chronicle story):

Why is dismissing the potential to restore a free-flowing section of the Huron River within the city limits, increasing both park lands and recreational opportunities, good news? In 2000, the World Commission on Dams found that “Large dams generally have a range of extensive impacts on rivers, watersheds and aquatic ecosystems – these impacts are more negative than positive and, in many cases, have led to irreversible loss of species and ecosystems.”

Our own state agencies concur–Argo Dam has the second-highest adverse impact on a river of any dam in Michigan. The DNR abandoned stocking efforts in Argo Pond because species diversity and habitat quality is too low. Dam removal is supported by the local Audubon and Trout Unlimited chapters, as well as the League of Conservation voters.

Like it or not, the most recent study of Argo Dam’s potential to provide hydro power reports a payback that will take 40 years. A more effective means of achieving Ann Arbor’s energy goals is to develop policies aimed at reducing consumption. In most municipalities (and nations, for that matter), energy consumption is too high and wasteful. Likewise, pricing policies often promote wasteful behavior rather than energy conservation.

I urge residents and planners to stop viewing the Argo issue as an energy-source issue. Instead, consider the recreational, ecological, and economic benefits that restoring the river will provide. For more on this topic, visit this website.

The second article is from dam-removal advocate Owen Jansson, retired assistant director of a research center at the University of Michigan, and former executive director of the Huron River Watershed Council from 1973-77.

It's notable that discrediting comments from pro-dam instigators are always attached to articles and letters advocating for the merits of dam removal. Observation of media for the past 18 months indicate that this is overwhelmingly true, regardless of the author's credentials. One might conclude that the highest concentration of the world's experts on keeping dams reside in Ann Arbor, and most of them, no doubt, are linked to Ann Arbor's now infamous community of adult rowers.

Questions of cost, endangered species, and accuracy of DEQ mandates are the cause for potentially more delays in the decision to keep/repair or remove Argo Dam. 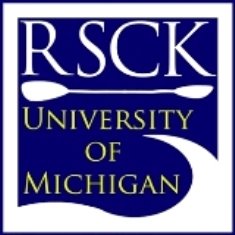 We Paddle the Huron River: